Nomination to be considered for Southern Guam SWCD

GUAM -Senators will also take up the nomination of Michael Aguon to serve as a district director of the Southern Guam Soil and Water Conservation District Board.

Free workshop on how to better feed your pigs – Guam

GUAM – The Cooperative Extension and Outreach of the College of Natural and Applied Sciences, University of Guam, is conducting this event in collaboration with the Southern Soil and Water Conservation District…Pig farmers and general public are encouraged to attend. 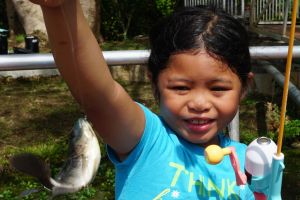 GUAM – A dozen aspiring fishermen proudly showcased their catch, lending truth to their fish tales as part of the 2018 Kids’ Freshwater Fishing Derby… Partners included the Southern Soil & Water Conservation District, the Department of Agriculture Division of Forestry, and the National Oceanic and Atmospheric Administration […]